Marriage Capsule was founded by the MEDIA IN AFRICA group which began its foray into the publishing industry in 1983. At that time,  Schalk Burger, founder of MEDIA IN AFRICA, entered the building and construction arena with the introduction of South Africa’s first dedicated flooring magazine, SA Floorcovering Journal. This journal eventually became FLOORS in Africa and more titles were added, including Great Flooring Guide and WALLS&ROOFS in Africa.

It was the company’s ethos, vision, dedication and passion for publishing excellence and the audience he served, that culminated in MEDIA IN AFRICA, an exceptional media house with an outstanding reputation and equally dedicated team.

From the technical to the emotive

In 2006, MEDIA IN AFRICA ventured beyond the specialized technical publications upon which the company has built its success and added INTIEM, a publication focusing on the health and well-being of marriages.

From emotional closeness and communication, to recipes for unforgettable moments – INTIEM has gleaned unbelievably positive feedback from married couples who enjoy the read. Created with the aim to address South Africa’s high divorce rate, MEDIA IN AFRICA produces a publication which positively inspires and influences married couples to do marriage better.

The people behind the popular SA Marriage Week

About INTIEM: in a nutshell

As the digital revolution unfolded, Media in Africa ventured very successfully into this arena with websites and social media platforms outperforming other media houses digital assets. Its two biggest Facebook pages, Building&Décor and INTIEM, have a combined audience of over a million fans and the Marriage Capsule page already boasting more than 200,000 fans. All websites have highly engaged audiences.

The next step: Marriage Capsule

Marriage Capsule has been an innovative next step for the company. Built on the experience of publishing INTIEM for over 10 years, the team gathered knowledge and innovation to find a unique 7-step method that will show couples how to do marriage better. This is no ordinary marriage course. It is a first-in-the-world program that is breaking new ground and implementing the unique science of gamification into an e-learning course. Marriage Capsule serves an international audience and the interactivity of text, unique formulation and use of elements such as videos, quizzes, badges, leaderboards and printables makes this course an easy-to-do, winnable formula that will change people’s lives.

MEDIA IN AFRICA has grown to become a leading, dynamic media group who put product quality and customer satisfaction above all else. It lives its vision to positively influence and inspire people and businesses through powerful communication platforms.

Today, the company is still a family-run business with strong Christian values and ethics, and it is now owned and managed by Schalk’s daughter, Liezel van der Merwe, and son-in-law, Fanie Venter. Schalk’s legacy of innovation in the face of adversity and excellence in the face of mediocrity remain a pillar of strength for the team he has left behind. 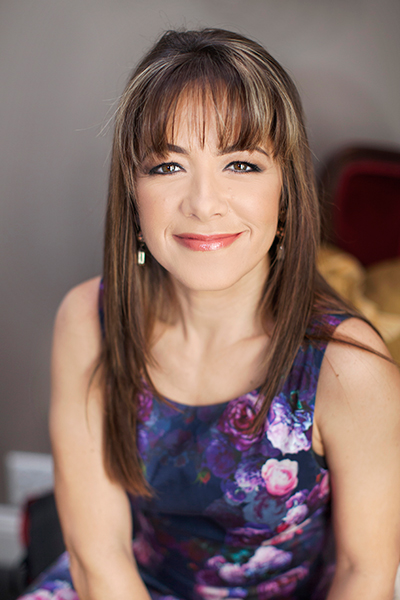 Liezel hails from South Africa and loves this country. She studied B.Comm Communications and has always had a passion for the world of business and the media landscape. She sees the media as powerful communication tools that can be used to positively inspire and influence others. People who know Liezel see her as an upbeat, energetic and future-focused person who is passionate about setting and achieving her goals.

Liezel has been happily married to the love of her life, Nico, for 22 years. She has two gorgeous sons, Nico (21) and Willem (18), as well as one handsome dachshund called Crunchie (11). She is a devoted child of God, a born-again Christian and considers herself blessed in all facets of her life.

One of Liezel’s biggest passions is to make a positive difference in marriages and families. Her goal is to be a positive voice for marriage, advocating for marriage in a voice that is louder and clearer than all the other voices that are pointing out why the institution of marriage isn’t the answer. She wants to help people navigate their way through the challenges that life brings so that unhappy marriages, the pain of divorce and children living between divorced homes can be avoided at all costs.

Developing Marriage Capsule was a challenge. “We wanted this to be unique and inspiring – much unlike the thousand other marriage courses available. People do well when they feel that they are winning and we wanted to develop a course where you will experience this feeling throughout. It is an adventure that you will look forward to, an experience where you will learn through various interactive elements. An e-course that uses gamification elements to help couples get back to a good marriage,” says Liezel.

The Company in the Media: