Are you too scared to tie the knot? 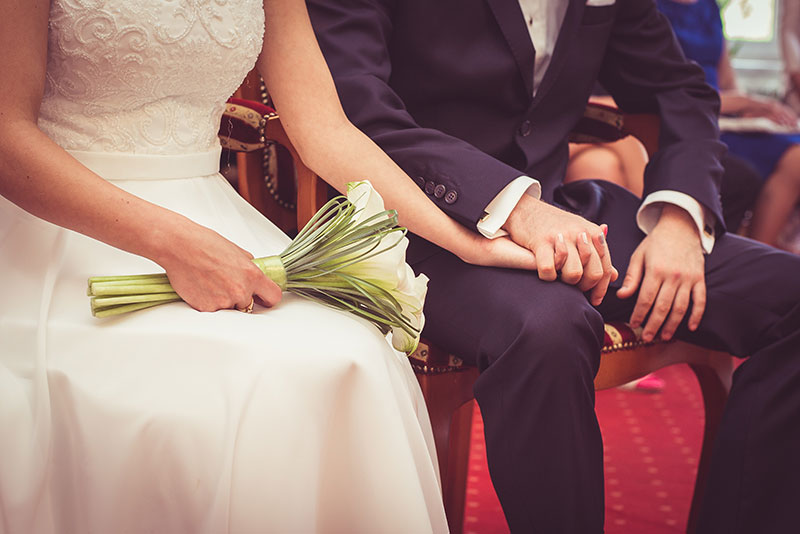 Besides black widows and spitting cobras, ask millennials today what scares them most and marriage would be high up on the list. There are young people who do take the plunge despite this fear, but there are many who would never experience the fulfilment of a marriage that works, since they are just too afraid to get married.

About sixty years ago, men got married at an average age of 22.6 years and women were just a little older than 20. Today, the average age at which young people get married looks very different. Men get married at 29.8 years and women at 27.8 years. And the popularity of marriage is declining. An article by Metro.co.uk states that in 2017, just over half of all adults living in England and Wales were married.

So, why are people scared to get married?

The older generation is ready to give their opinion about this. “Young people can’t see something through anymore. They are an ‘instant’ generation that wants everything to happen quickly. And when things don’t work out, they swipe left …” says Chrystal (47), with a tongue-in-cheek reference to the Tinder culture.

“Young people today don’t have perseverance anymore and sex before marriage is so common that there is no longer any reason to get married. Why would you buy the cow if you can get the milk for free? They would rather live together – it is less complicated in their eyes and easier to move on when they get tired of the status quo.”

Chrystal’s words are harsh and although she touches on certain points that some millennials themselves acknowledge to be true, she doesn’t touch on the true essence of the situation.

Yes, some young people claim that marriage is a mere formality that doesn’t work for them in modern times. They view it as an obsolete, patriarchal ideology and just unnecessary paperwork.

“Why would I want to get married?” asks Riani (24). “My parents got divorced and I saw both of them lose their identity. My boyfriend and I have been dating for eight years and we have no desire to ever get married. We have been living together for four years and yes, one day we will have kids together, but a marriage certificate only complicates things.

REASON 2: “MARRIAGE IS EXPENSIVE AND UNNECESSARY”

Brienna Perelli, an associate professor in demography at the University of Southampton, believes that it is rather a matter of priorities. “People just don’t get around to it anymore. They would like to get married, but at the end of the day they would rather spend their money on something else.”

The fact that everyone around her is being swept away by the hype of wedding planning, is something Kim Quindlen, a millennial, finds unsettling. She writes on thoughtcatalog.com that in her experience, so much emphasis is placed on wedding arrangements that couples forget why they are getting married in the first place. That is why many young people today feel that they can rather use the money that they would have spent on an expensive wedding ceremony as a deposit on their first home, car or a trip through Europe.

REASON 3: “I DON’T WANT TO LOSE MY IDENTITY”

Kim says that she knows a marriage requires selflessness, but she is not yet ready to be selfless. It sounds pretty bad, eh, selfish, but Kim’s generation is willing to admit it! “I know you can still be independent when you get married, but it’s a very fine line and a difficult balance to keep, and you have to work on it every day.”

She adds that she knows what it takes to have a good marriage because her parents have a strong marriage, but that to her, it seems to be more difficult than anything she can imagine.

REASON 4: “I DON’T WANT TO LOSE MY INDEPENDENCE”

Kim writes: “There are so many things that I want to be besides a wife, and I know I’m going to have to work hard to make it happen … It is also important to me to make sure that in addition to being a wife, I’m a lot of other things: a daughter, a sister, maybe a mom, a friend, a co-worker, maybe a boss, a role model and a lot of other things that contribute to my sense of self.”

REASON 5: “I DON’T WANT TO GET DIVORCED, SO I RATHER WON’T GET MARRIED”

She writes that getting married is a super important decision, because she only wants to make it once. People tend to criticise millennials for taking marriage too lightly, but fear exists precisely because they take it so seriously.

“I don’t want to screw it up. And when it comes to marriage, there is an abundance of ways you can screw it up,” she says before concluding with the words: “We have to trust that we can rely on one another through anything. Which is at once everything I want and simultaneously the scariest thing in the world.”

The overarching reason why millennials don’t get married …

So, it is easy to condemn young people and say that they don’t have what it takes to get married. But are millennials not also the first generation to really look after marriages responsibly? There are so many people who find themselves in unhappy marriages due to selfishness, but at least millennials admit that they are selfish and that they are scared that it would ruin their marriages.

They are often judged for their decision not to get married and are accused of having a lack of interest. But on the blog loveumentary.com, Nate Bagley writes that he spent three years researching marriage and preparing for it … He has been discussing the matter in depth with fellow millennials and Nate confirms what many of us believe: That fear is the primary factor preventing millennials from tying the knot. Millennials feel unprepared for the demands of marriage:

Social media and online dates expose you to thousands of potential partners at the click of a button. With such a wide choice, it becomes increasingly difficult to only choose one person! And once you have met the right one, the question begins to pop up in the back of your head: What if I find someone that are just a little more attractive, wealthy, intelligent, funny, interesting?

Kim writes: “I realise that sometimes I will have to carry a burden that is not my own. I am worried about how I will handle it.” She is truly afraid that her inner strength will not be enough to help carry such a burden, especially when she is struggling to sort out her own career and life.

From the perspective of an expert

In an article on huffpost.com, anxiety expert, Sheryl Paul writes that that the top five fears for marriage include the following: A fear of divorce, a fear of cheating on each other, a fear of emulating your parents’ marriage (that includes distance, quarrels and a loveless marriage), a fear of falling out of love and a fear of the unknown.

“If we lived in a culture that encouraged engaged couples to explore their premarital fears instead of funnelling every free moment and dollar into planning the perfect wedding, we would say to couples: ‘Of course you are scared! Marriage is the biggest commitment you’ve ever made, and with our culture’s dismal success rate and most people growing up witnessing a conflictual or loveless marriage, of course you’re terrified to jump off the cliff and take this leap of faith!’”

And what if it is your instinct that tells you to run? Sheryl notes how she has helped thousands of couples who have revealed this fear. “Every single person that took the time to address their core fears, came back with some or other version of the following response: ‘I am so relieved that I didn’t run away from my partner and that I did the real emotional work during my engagement, which allowed me to get married. We have a wonderful marriage and I can’t believe that I almost threw it away.”

Finally, Sheryl says that all the top marriage fears comes down to one overarching fear: The fear of loss. And if, because of it, you decide not to get married, you deprive yourself of a lifetime of inner wealth.

So, what do you do with your fear?

You confront it. Find out where your fears originate from. Know that no marriage is stress-free, and that at some point, you will become so angry at your partner that you will wonder if you had made the right decision!

Conflict is a normal part of any relationship and marriage. But, according to Meg Gemell, a marriage and family therapist on crosswalk.com, “the opposite of love isn’t anger, it is apathy. It is a risk to open your heart, but commitment can be one of the most fulfilling, protective opportunities that God can give you.”

Are you scared that your marriage would be like your parents’? Don’t let that stop you from getting married. You can break the cycle! You can learn from your parents’ mistakes and from premarital counselling and from good role models.

If you are afraid of losing your identity, remember that your identity is in Christ. Getting married won’t strip you of your talents, your preferences or your calling as an individual. Yes, sometimes you will have to put your partner’s needs before your own – not to confuse it with identity theft, but as a “beautiful dance of giving and taking love”.

No one expects you to become an inferior version of yourself the day you get married. On the contrary! Two people can make each other into better, brighter versions of themselves!

So, ask yourself whether you are going to be a spectator your whole life just because there is a possibility that your marriage won’t work out? And whether you would rather equip yourself with as much knowledge and wisdom as possible to ensure that it works, because you do not want to miss this wonderful adventure…