Can a second marriage with the same person work? 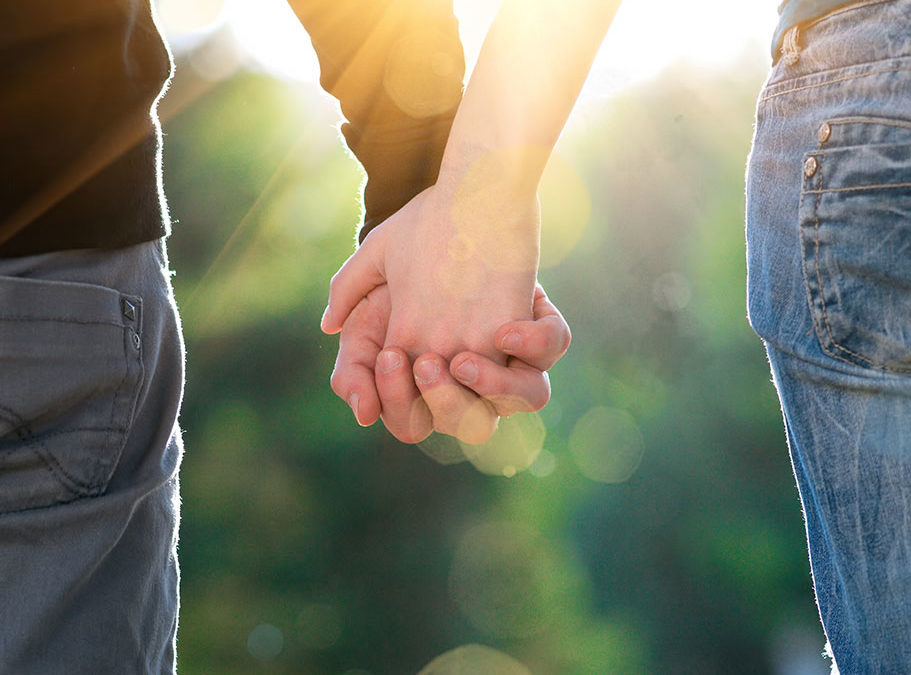 It isn’t common, but sometimes a couple divorces and ends up marrying each other again.

Can it work? Does such a couple learn from their mistakes and make a success of their marriage the second time around? Or is the marriage doomed to fail?

Nick realized that he had anger managed problems too late – after he raised his hand to his wife, Mary (now 64). The first time he struck his wife, he took a step back and knew that his anger was a huge problem that he is going to have to deal with. Mary and the kids moved out and she divorced him. Today, Nick (now 66) and Mary are happier than ever.

“When I was growing up, my mother had depression,” says Nick. When he was 15 years old, her failed suicide attempt led her to be institutionalized. “After my mom was committed to a psychiatric facility, my father mentally checked out. My dad would stay out all night and leave me and my younger brother at home alone. Sometimes he brought strange women back with him. I had to keep the fort and be strong and dependable for my little brother. Nobody could tell that I was bottling up intense emotions because I always appeared calm and collected.”

When he was close to graduating from high school, Nick experienced the false sense of comfort that alcohol could provide. Later in his life, he realized that he was an alcoholic by the time he finished studying. “It was easy to hide my alcohol dependency because many of my classmates would drink socially as well. Nobody thought anything of the fact that I was drinking every day though.”

In his second year at university, Nick met Mary, who was studying towards becoming a social worker. “We were madly in love,” says Nick.

The two of them got married shortly after Mary graduated. It was then that Mary realised how much and how often Nick drank. “Mary tried to talk to me about my alcohol consumption, but I shrugged off her concerns. Later on, these conversations turned into repeated arguments. It feels like all we did during the first ten years of our marriage was argue.”

To avoid confrontations, Nick tried to hide his booze and alcohol consumption from Mary, but Mary knew. After the birth of their second child, Mary was dispirited and depressed. “She couldn’t take it anymore and became depressed about the situation. One day, out of desperation, she said that she’s going to drive her car into a ditch if I don’t stop drinking. That struck a nerve with me…”

Under the influence of alcohol and with years of built-up sadness from childhood wounds, Nick hit Mary through her face during an argument. “Immediately after I hit her, I knew that this would be a turning point in my life. I’m going to ruin our lives.” Nick collapsed and started to cry. Mary and the kids moved out and Nick was issued with a divorce notice. Six months later, they were divorced.

One of the legal requirements of being able to see his kids without supervision was that Nick go to rehab. “This was the lowest point in my life. Having to book into a rehab center made me feel like a complete loser and it triggered memories of the time my mom was committed to a facility. It was tough, but I knew I had to face my demons.”

Nick realized that another relationship would only lead to the same, sad outcome; because he was the problem. “I had to face the sadness and damage that I caused my wife. She was prepared to meet with me and my psychologist so that I could take ownership of what I did and so that I could tell her how sorry I was.” Mary was surprised, but didn’t know if she could trust the new status quo. “I had to win her back. One day at a time.”

During therapy, Mary also had the opportunity to express and process her sadness and experiences. It wasn’t a quick fix, but Nick was committed to working towards a long-term solution. “I eventually plucked up the courage to ask her out on a date. I started courting Mary all over.”

Two and a half years after the divorce, they were married again. Nick is sober and he says that deciding to stop drinking, booking himself into rehab, and marrying Mary again were the best decisions he ever made. “I don’t think getting married to the same person again will work for all divorced couples. You can’t just pick up where you left off the last time around! Your reasons for getting a divorce are still there and if you can’t be accountable for the role you played in the collapse of the marriage, then you can’t move forward.”

Can a second chance work for you?

Psychologist, Prof Pieter Joubert, says that he regularly sees couples who are threatening to get a divorce after only being married a few short years. “I often think that these couples spend more time planning their wedding than actually being married! Every now and then, I work with couples who were married, got divorced, and then want to get married to each other again.”

Can a re-marriage work? “I think a lot of it depends on why they got divorced in the first place. If alcohol abuse or workaholic-ism were the problems that led to a divorce, then I believe that a re-marriage can work.”

“Other problems, like a history of infidelity, family violence and anger issues, will take more introspection and therapy to solve.”

“Mutual trust is built on predictability and consistency in behavioral patterns. A couple that wants to re-marry will have to commit to therapy that will help them identify and address the problems that they faced the first time around.”

It’s also possible for you and your former spouse to rediscover each other and realize that the divorce was a mistake, but it’s going to take a lot of hard work to not make the same mistakes again. It’s crucial that couples accept responsibility for the disintegration of their first marriage.

To repeatedly have the same argument is pointless, so you will need to take a long, hard look at your communication skills. The most important thing to focus on is breaking bad patterns and changing your perspective.

Pastoral counselor, Caryn Feldman, believes that a second marriage with the same person can work if you realise the following: “When you repeat the same recipe with the same ingredients, you will get the same results. You are going to have to change your ingredients or your cooking method to achieve a different result.”

For a marriage to work a second time around, honest, serious conversations need to take place. There may also be feelings of disappointment, regret and betrayal that you will need to work through.

Ask yourself the following questions:

Caryn believes that if both parties can answer these questions honestly and they are willing to give each other a clean slate, then re-marrying each other can work. Couples often don’t have fair “rules of engagement” when it comes to conflict handling. Conflict is part and parcel to being in a marriage, but it shouldn’t destroy a marriage. By setting ground rules, couples can create a safe, stable environment in which constructive conflict can take place.

Caryn explains: “My husband and I avoid cursing as well as blame by changing statements to the following: ‘When you do a certain thing, it makes me feel like…’ In this way, you create an environment for the other party to share his or her feelings so that reconciliation can take place.”

The couple has to be prepared to work on these issues together. They shouldn’t continuously argue about things that happened during their first marriage.

“Unforgiving and constant reminders about your partner’s flaws and shortcomings will never lead to positive results. The same unstable foundation, but now with more cracks than before, will never help you rebuild the marriage. If you see the same warning signs again, then chances are that nothing has changed.”

Be cautious with children and family

“Pre-marriage counselling is highly advisable. It would also be wise for the couple to be in a committed, loving relationship for at least a year before they get married again.”

If you and your former partner want to get married again, thoroughly investigate the reasons for your divorce and determine whether you can solve the problems that led to the divorce. If you can, then a second chance on your marriage is possible if you are committed, patient, and willing to do the work.