Just friends – is it possible? 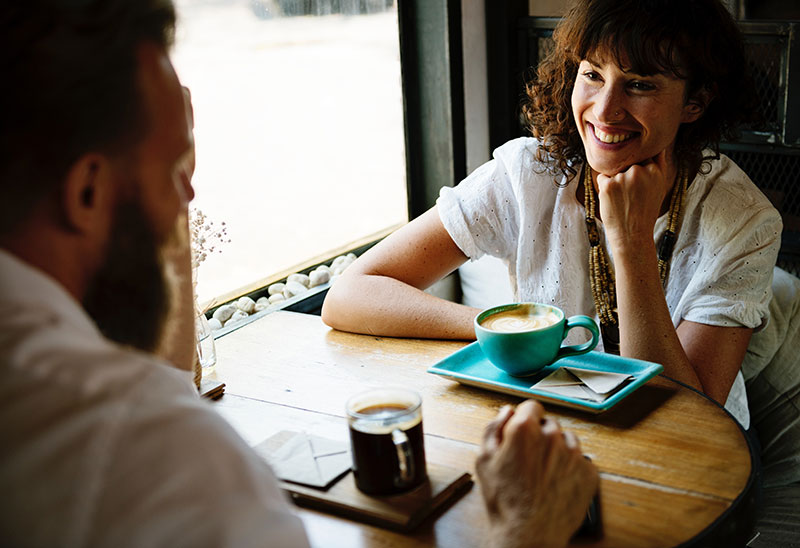 You and your male friend have been friends for years. You know each other’s secrets, you finish each other’s sentences and it feels like you are true soulmates. But your husband doesn’t like this. A platonic friendship between men and women is impossible, he says. Does he have a point?

“I have always had closer male friends than female friends.” Liezl du Plessis, a single teacher from Cape Town, says: “At school my friendship with my very best male friend was also much closer than that of my female friends. We could do so much together and share our heart’s secrets, and it was never romantic. Not even once. Everyone always though that there was more to it, but were really just friends. Currently, my best friend and confidant is also a man. We have been best friends for almost a year now and we share absolutely everything. We know what the other one is thinking before it is said, and we understand each other’s thoughts and hearts … he really feels like a brother to me … and like a soulmate. We can lie on the same bed for hours and talk about anything and everything, and there isn’t, wasn’t, and never will be, anything romantic.”

This sounds ideal. A guy who can give you his honest opinion, accompany you to weddings and with whom you will never fight about trivialities, right? Maybe. But will such a friendship be able to endure the test of marriage?

Liezl says: “The other day he asked me whether I think things would stay like this between us if one or both of us get married one day, and we both came to agree. I believe that one can also find your soulmate in a friend as well and that it is not necessarily accompanied by romance, and that platonic friendships with men definitely exist. And the nice thing is that there are also much less hang-ups and drama than between female friends. My best friend is currently in a steady relationship with a woman and even that isn’t a factor.” Well, that’s what you think, Liezl, is what some readers would say, while others would agree with her wholeheartedly.

Yes, it is quite possible!

In this day and age, men and women interact much more on a platonic level than ever before. On a daily basis, we find ourselves in mixed groups in professional and social environments. As gender boundaries are lowered in the office, men and women are forced to look at each other through non-sexual lenses. This type of interaction establishes and confirms the idea that platonic relationships are possible between men and women, some readers say.

Life is also not just about sex – which is something we must keep in mind. Just because you think that your friend is attractive, doesn’t mean that you are going to act on it. Many married couples have single or married friends of the opposite sex, without it ever becoming a problem. Couples who cheat, do so with both friends and strangers, so it is not to say that a friendship would necessarily lead to such.

It is also not impossible for people to (mutually) see a friend of the opposite sex as the brother or sister they never had, says those who are in favour of friendships with the opposite sex.

In the end, everything comes down to you as an individual and how far you would allow your thoughts and behaviour to go.

Stefan continues: “I have many female friends who have more male friends and vice versa. It is often much less complicated and those good friendships rarely lead to something romantic since people want to protect the friendship and fear that a romance will threaten what they have. I think it is possible and even necessary, but both parties have a responsibility to proactively set the boundaries of such a friendship. It is also important to remember that a successful marriage consists of three spheres: The husband’s life, the wife’s life and their life together. Each sphere, with its own features, must be maintained. But never at the expense of, rather for the sake of and despite…”

No, it is a recipe for disaster!

Only if both parties are involved…

Karien van der Berg, a married lecturer from Potchefstroom, believes that it is very difficult to genuinely keep it only platonic. “One party always feels more than the other at some stage. Even if it is never openly addressed, I do think it can make things difficult if the other party, for example, is in a relationship or married. Of course, there is room for old friends, but then I believe that the person with whom you are in a relationship should be involved in that friendship too. Even between married couples, or a couple who are friends with a single person, there are certain limits as far as friendships between men and women are concerned. However, I don’t think there is really a future for close friendships between men and women, without it getting complicated at one point.” Karien’s husband, Daan, says that it is only possible for a man and women to really be friends when they are married.

Annari Combrink, a married homemaker from Heilbron, says that she has a friend whom she loves dearly, but that she loves his wife just as much. “And the same goes for my husband towards them. So, in this respect, yes. However, the trouble starts when I, for example, am married and my friend isn’t. Sure, we can be platonic friends, but the devil is canny. He walks around like a roaring lion looking for prey to tear apart, and his favourite catch is marriages! Before you know it, he convinces your husband that you and your platonic friend had one coffee date too much this week. And then both the friendship and marriage suffer great damage. It is also much easier for two single people to have a platonic friendship, because there isn’t another third party that could be threatened by the friendship. So, I really think the success of a platonic friendship depends on the situation and circumstances.”

What do the experts say?

Stephen Claassen, a minister, believes that platonic friendship between unattached students and young adults are healthy and highly recommended. “Circles of friends and socialisation between both sexes are very important and critical in developing healthy perspectives and interpersonal relationships. Today thousands of rands are spent on dating clubs to learn skills and to balance relationships between opposite sexes.

According to Mari Nel, research psychologist and counsellor, there isn’t a clear answer to the question whether married people in particular can have a platonic friendship with someone of the opposite sex.  People and relationships are complex and marriages differ. What is perhaps more important is how you define “platonic”. For example, what are your honest answers to the following questions?

If you answered “yes” to any of these questions, you may need to reconsider your friendship with the person. You will likely know when a person who befriends you, actually feels more for you or you for the person. If at this stage you have a platonic friendship with someone of the opposite sex, think carefully about the nature of your relationship. Be honest with yourself, because no friendship is worth your marriage.