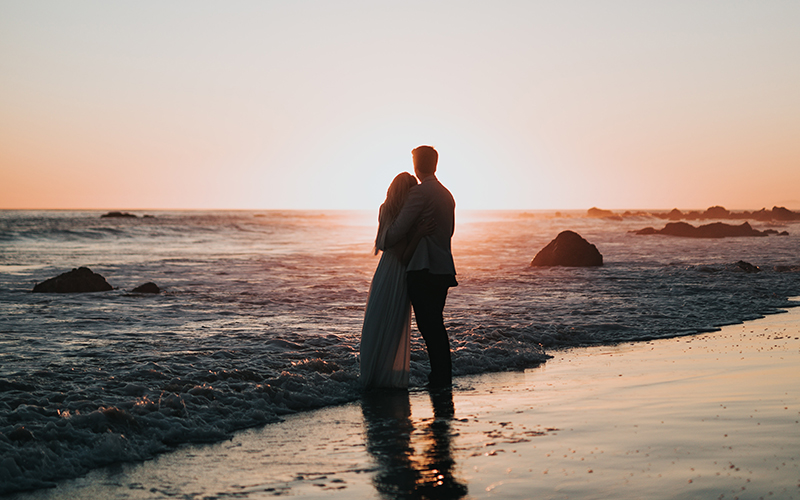 Even before your wedding day, you have already decided what your marriage should look like. You knew that it would be hard work and that it won’t happen by itself. Congratulations! But beware not to strive for perfection, because unrealistic expectations can be the downfall of your marriage…

Richard has always been an achiever. The one with the seven distinctions. The first-team captain with the perfect hairstyle and the string of admirers. After school he went on to study Medicine, where he met a lovely colleague whom he married. Together, they moved into a beautiful home in a security complex in Pretoria East. That is just the way Richard has always been, his friends pointed out at his wedding. If he had a goal in mind, he would work very hard to reach it. He strives for perfection and will settle for nothing less.

On the surface, the marriage seemed just perfect. Jane always looked great and had the perfect body. She was also an ambitious woman with her own career well underway. Their home was stylishly furnished with every piece of décor in its place.

No one expected less of Richard. They knew it was how he anticipated his life and that he also chose his spouse accordingly. No one could have guessed that Richard and Jane would end up in the divorce court three years later.

Do we expect too much from our spouses?

Listening to those in the inner circles, you would have heard that Richard and Jane constantly bumped heads. They were dissatisfied with each other and made demands that were impossible to meet.

In a Huffington Post article, Cloe Tejada writes about Eli Finkel, a teacher at Northwestern University in Illinois, who believes that we are often too idealistic and that we should have more realistic expectations of our partners if we want to be truly happy and fulfilled.

Psychotherapist, author and podcaster, Esther Perel, commented in an interview with NPR (National Public Radio): “Marriage was always an economic agreement through which you were offered a partnership for a lifetime in terms of children, social status, legacy and camaraderie. But now we want our partners to still give us all those things… and in addition we want him/her to be our best friend and passionate lover… So, we expect one person to basically give us everything that were once provided by a whole community.”

In his new book, The All-or-Nothing Marriage, Eli Finkel writes that we, as modern life partners, also expect our partners to help us grow as individuals and to be everything for us. People are expecting more and more from their partners,” he writes. And since people’s expectations of a marriage is changing, there are more and more marriages that do not live up to the expectations and therefore disappointment is inevitable.

A study published in April 2016, reported how marriages can be influenced by expectations. A professor in psychology at the Florida State University, James McNulty, researched 135 newlywed couples from Eastern Tennessee for four years. Every six months, the couples were interviewed about their expectations of the marriage and whether their marriages met those expectations. At the same time, they also participated in interviews that were recorded, during which researchers studied the couples’ behaviour and way of communicating with each other.

McNulty found that expectations affect different couples differently. In marriages where couples succeeded in caring for each other equally, supporting and allowing each other independence, high standards increased marital satisfaction. In other marriages with high expectations, there were tension related to the high expectations within the marriage and the feasibility of meeting those expectations. “Some couples just demand too much from their marriages because they expect their marriages to meet personal needs that they can’t meet on their own – either due to having too little time, energy or skills to apply to their relationship.”

However, the opposite is also true. There are couples who expect too little from their marriages. “Their marriages are a potential source of personal fulfilment that is underutilised.” So, where does this leave us? McNulty says that expectations in a marriage must be determined by using the Goldilocks method. Somewhere in-between expectations that are too high or too low is a spot where the expectation is “just right”.

What do you expect from your spouse?

Blogger, Valerie Kolick writes op MindBodyGreen.com: “I don’t expect anything from my husband. I don’t expect him to wash the dishes, to play with our kids, to pay the bills or to take out the trash…” It sounds absurd, but this is how she explains it: “See, I don’t believe in conventional gender roles. I don’t think women should be submissive to their husbands. I believe that marriage is a partnership. It is a balance of power built on unconditional love. I don’t expect my husband to know what I need without my telling him. How could he? I don’t expect him to act a certain way if that’s not who he is. I don’t even expect him to love me. Instead, I show him love. I ask him for what I need. And I trust him without expectation.

She also believes that a marriage without expectations is: “Sometimes fun, sometimes messy, sometimes easy, often passionate and occasionally hard. But it is always authentic, liberating and beautiful.”

So, should you then expect little, just to not be disappointed? Donald Baucom, a professor in psychology at the University of North Caroline, has been studying marriage expectations for a decade. He has found that people often get what they expect. Therefore, people with low expectations often end up in relationships where they are treated poorly. And people with high expectations tend to be in relationships where they are treated well.

Finkel supports this theory by saying: “What I’ve discovered when I delved a bit deeper is that it is neither good nor bad to expect so much of a marriage. The important thing is to calibrate your expectations according to what the relationship can realistically provide.”

Marriage expert and author, John Gottman, advises couples to strive for a “good enough” marriage. In a relationship that is good enough, people have high expectations of how they want to be treated – with kindness, love, closeness and respect. They don’t tolerate emotional or physical abuse. They expect their partners to be loyal. Of course, this doesn’t mean that they expect a marriage to be without conflict. Even happily married couples argue, because conflict is healthy. Gottman believes that couples should not expect to solve all the problems in their marriage. His Love Lab studies found that nearly two-thirds of relationship conflict is perpetual. It is also unrealistic to expect your relationship to heal childhood wounds or to pave the way to self-actualisation.

So, what does a Goldilocks marriage look like? It entails couples who are close friends, but who also have a fulfilling sex life, Gottman explains. They trust each other and are fully committed to each other. They can manage conflict constructively and reach a compromise that works. And they can effectively recover when they hurt each other. In a Goldilocks marriage, spouses honour each other’s dreams, even if these dreams differ from each other. They create a system of shared value, ethics, belief, rituals and goals. They agree on fundamental symbols such as what a home is, what love is and how to raise children together. “Expect that. You deserve it. It is not unreasonable and it is achievable,” Gottman says.